Since 2007 SPINALpedia has helped hundreds of thousands of individuals and families affected by spinal cord injury and paralysis navigate everyday life.

We are excited to continue to do good through our newly launched legal support section.

We are here to answer your legal questions and to match our community members with lawyers or legal information that can help. 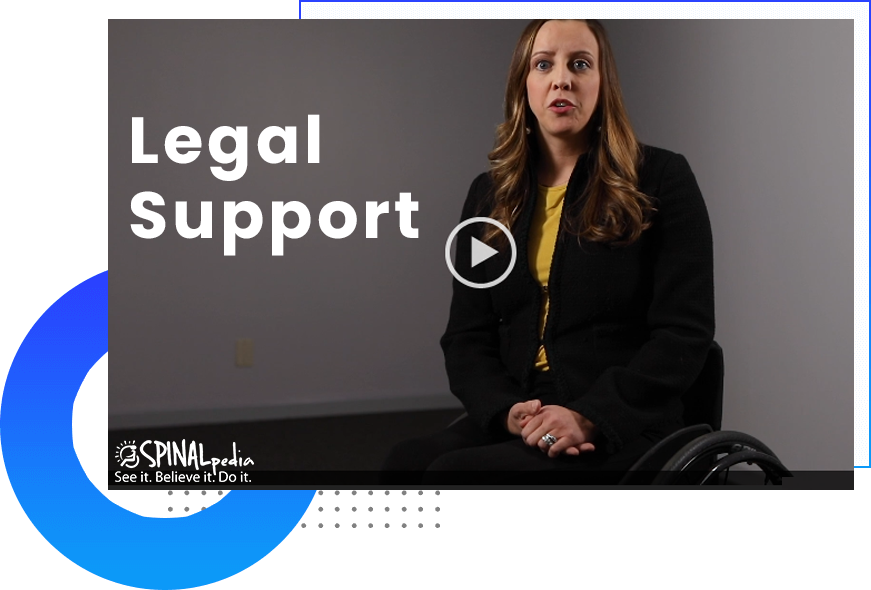 Our Legal Support page highlights important topics affecting the spinal cord injury community. Explore our different topics and feel free to reach out to us with any questions! 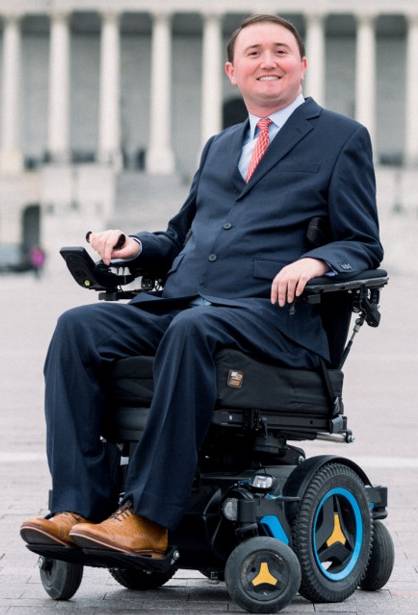 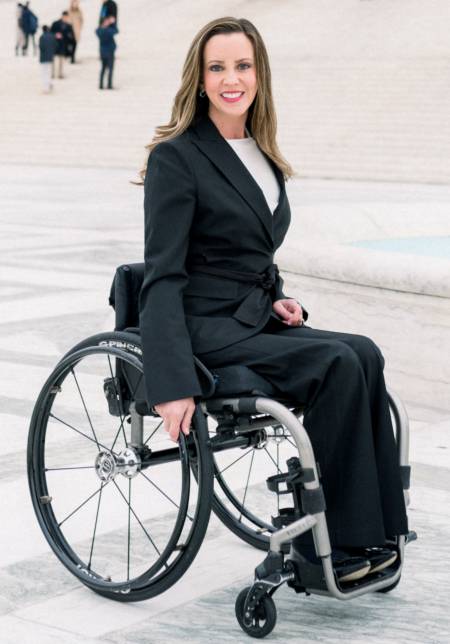 Josh Basile founded SPINALpedia in 2007 after sustaining a C4-5 spinal cord injury which paralyzed him below the shoulders. His main goal of SPINALpedia was to find a way to empower newly injured families to learn from others in the community who live active healthy lifestyles. Josh has dedicated his life to social justice and advocating for others in need. To advance his skills he pursued law school and is now a practicing trial attorney fighting for clients on complex personal injury and medical malpractice cases.

In 2017 Josh met Kelley Brooks Simoneaux on Capitol Hill while advocating for the rights of people with spinal cord injuries. It is not often to see two quadriplegic and paraplegic lawyers rolling the halls of Capitol Hill or the streets of Washington, DC side-by-side. Since meeting each other their friendship blossomed and they now work tirelessly as a team to advocate for individuals and families following a spinal cord injury.

Kelley’s journey to advocacy started after being injured as a passenger in a car wreck at the age of 16 causing a spinal cord injury that resulted in paraplegia. As a result of her injuries, her family pursued a legal claim against the reckless driver who caused the car wreck and the defective product that broke her back. She saw first hand the fighter mentality needed to bring a motor vehicle claim for catastrophic injuries and what the experience is like as a client fighting for justice. Based on her personal experience, Kelley went to law school and upon becoming a lawyer she has dedicated her career to representing people who have sustained a spinal cord injury or catastrophic injury.

Both Josh and Kelley live with spinal cord injuries and are passionate about fighting for spinal cord injury families. They understand that there are many ways that the legal system, the ADA and other laws can work for rather than against someone with a significant disability. Josh and Kelley know firsthand what the community is going through because they live it. Whether you’ve been discriminated against, need help navigating state programs or have been personally injured, Josh and Kelley want to help!

After you experience a catastrophic injury, it is essential to discuss the facts of your injury with an experienced lawyer to determine if you have a case. If another party was at fault for your injury and if there is substantial evidence to prove that they were at fault, you have a case. Here are the most common causes of injury in personal injury lawsuits:

If you think you may have a case, please give us a call at 1-877-SCI-FIRM to discuss the facts of your case.

There is no set value when it comes to personal injury cases. Each case is unique based on the severity of a person’s injuries and how the person is injured. Catastrophic injuries like spinal cord injuries (SCI) and traumatic brain injuries (TBI) are often worth significantly more money than other personal injuries, such as broken arms or legs. This is because catastrophic injuries like SCI and TBI last a lifetime; the more severe the injury, the more money the case is worth. For example, successful spinal cord injury lawsuits typically exceed $1,000,000, while successful broken arm lawsuits are typically valued under $250,000. When determining how much your case is worth, your legal team will take into account your medical costs, lost wages, and pain and suffering.

The Americans with Disabilities Act (ADA) prohibits discrimination against people with disabilities. The ADA prevents public and private entities from excluding people with disabilities from their goods and services. The ADA also prevents employers from discriminating against employees and job applicants due to disability. If you have been discriminated against because of your disability, the ADA and other laws are in place to protect you. Talk to an experienced disability attorney immediately to see if you have a case.

7 Reasons to Hire a Lawyer After a Car Accident
Spinal cord injuries can happen in many different ways, but vehicle accidents remain the number one cause of spinal cord Read More
0
0

What Constitutes Criminal Negligence in a Spinal Cord Injury Case?
There are many ways someone can become paralyzed, and one of the most maddening are spinal cord injuries caused by Read More
0
0