How Do You Celebrate Your Spinal Cord Injury Anniversary? 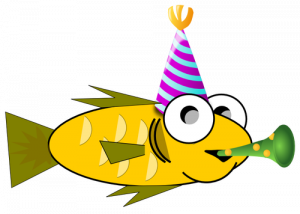 The reasoning lies in how you look at the word “

celebrate.” For most, the word signifies a joyous occasion that deserves recognition. This is why, to most people outside of the spinal cord injury world, they don’t understand why someone would want to celebrate what is the opposite of a joyous occasion. Most respond with the question, “why would you celebrate?”

We wanted to reach out to people with spinal cord injuries to see what they do to recognize their injury day, and we heard from a lot of people with answers ranging from throwing a huge party to not celebrating at all. Here are some of the best replies we received from people with paralysis sharing how they celebrate their injury day.

Returning to the Injury Scene

Zachary Hllty, a quadriplegic going on his 10th year of being paralyzed, always celebrates the day of his injury. “Sometimes I smoke a good cigar, sometimes I grow something. One year I went skydiving. This year is my 10 year anniversary and I was planning on going hang gliding, but because of the virus I don’t think that’s happening. On my one year anniversary, I went back in the pool that I broke my neck in.”

Bob Coomber, a quadriplegic and avid wheelchair hiker, has returned to where his injury occurred each year for the last 30 years. “It was July 5, 1990, and I still go up to Plumas County and go fishing, as I was doing at the time.”

Veronica Stephenson, a paraplegic from Texas, has been paralyzed for five years. She’s celebrated every anniversary of her injury. “On year one, we went to a brewery for the day with a bunch of friends then had a barbecue pool party. Year three, my husband and I went on a vacation and year four, my friends threw me a surprise party. Last year, a friend who was also paralyzed visited me and we got matching tattoos, floated in the river, traveled throughout Texas and even went adaptive water skiing.”

Misty Dawn Parker, a paraplegic, does something new each year to celebrate. “I am planning a photo shoot with a good friend who is an amazing women’s and children’s photographer for my 10th anniversary which is this year.”

A Time to Reflect

For others, it isn’t as much of the time to celebrate, but a time to look inward. Mark Perry, who’s been paralyzed for 46 years, doesn’t always remember his injury anniversary, but when he does, he reflects. “I’ve personally never celebrated it, but I do think about how I have lived another year as a paraplegic. When this happened to me at age 14, I had no idea what my life span was and could not imagine feeling this good and being this healthy after 46 years of being a paraplegic at age 60.”

Steve Campbell, a quadriplegic from California, also doesn’t celebrate. Instead, he lets his family acknowledge it. “No ‘celebration’ for me,” he says. “I know the date and my family knows it. My daughter is the only one who acknowledges it. She usually makes a post on FB with a past picture, how many years it’s been and a message about how far I’ve come and the progress I am still making. Very sweet and encouraging.”

A Meal Shared with Family & Friends

One of the most common ways people recognize their injury day is to share a meal with people they love and celebrate life. “I usually have a big dinner with family and friends. We eat, and talk about the impact they have had on my life and me on their lives,” says Andrea Dalzell, a paraplegic from NYC.

Brian Denny, a paraplegic, does something similar. “I call it my inju-versary and just reached 10 yrs. We usually invite a bunch of friends over to celebrate that I’m still alive!”

Joe Cianci, a quadriplegic, just began to celebrate. “Until last year I didn’t. I dreaded it. It’s the same month as my birthday. Now? I treat myself to a lavish dinner and celebrate it, because it saved me.”

Taking Back the Day

Many like to take their injury day and transform it into something special. Tiffany Giddes, a paraplegic from California, calls it “Life Day.” “I typically celebrate the big ones. Like on my 10th year, I jumped out of a plane. I also try to schedule powerlifting comps around them. Gold medals are wicked cool ways to take your mind off of the day.”

John Squires, a quadriplegic, also got creative. “I proposed to my wife on my anniversary day to turn it into a good memory.” Enrique Lopez turned his injury day into something happy as well. “On my injury anniversary 5 yrs later, I moved into my own home.”

Whether you recognize and celebrate the day or let it go by like any other day, remember not to let any single day have too much power over your emotions. There is no right or wrong way to honor the day you were injured.