Guest Post: My Spinal Cord Injury and an Open Conversation About Mental Health by Antonia Sinibaldi 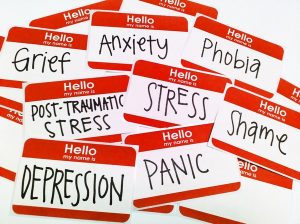 (Antonia Sinibaldi, a regular contributor and ambassador for SPINALpedia, is also an author, singer and has been a vent-dependent quadriplegic since she was a young girl)

The month of September is Spinal Cord Injury Awareness Month. We have come so far in dealing with spinal cord injuries but there is still more to be done. This article will deal with mental health and how it is affected by those who have endured a spinal cord injury. Mental health affects all walks of life regardless of ability.

I have been paralyzed since I was 2 years old. My mother was told that I was not going to live more than 10 years after my injury. That is how you know God exists. When science and people everywhere assume you are going to be dead by a certain age and you overcome those odds and make it to 24-years old it is truly remarkable and heavenly.

Here is the thing about being severely injured from a young age: The body in many ways develops the same but also develops differently because of the injury. I am hyper-sensitive to smell, touch, movement and emotion. I was always five to ten steps of everything that I have done in my life.

I used to hate it but now I have learned how to understand my mental health and my hyper-sensation without hating myself for the way that my body works. I managed to go back and forth in terms of my sensation to touch especially. My emotional state has been challenged because of the way that able-bodied people treat me and my body changing as I age.

I feel vibrations in my body. Sometimes it is overwhelming and other times it is a guide for me. That is how I am able to write my music. I connect the feeling, hurt, anger, frustration and being guilted for things that I should not feel guilty about to the vibration and thus, to my lyrics. Later, a melody comes. I made a promise to my six-year-old self that I was going to grow up doing as much as I can to fix as much as I can with disability.

If someone on a vent is sick they say “You have it easier. I rather you get sick than me.” I love SPINALpedia because I have read a lot, not enough, but plenty of pieces of people like myself speaking about being abused because of their disability.

The part that I can’t stand the most about being raised as a paralyzed child is people treat and act (even if I am an “adult” today) me as if I am not fully cognitive. All cases are not treated to the best of their ability equally. Jealously has been a key amongst able-bodied people and myself. Some people do not like that although I have a severe disability, I am fully cognitive and able in many different facets of life. In the world of science Plasticity is when the body regains what is lost. In my case it is referred to heightened neuroplasticity.

The common understand is if someone loses their leg they still feel as if the legs are still present. I physically lost the ability to write and breathe (to some extent). It does not mean that my body does not want to write, want to breathe and everything in between. Some parts of my brain are weaker than others but not fully. Able-bodied people have made me think that I am worse than I am. I remember everything.

Most people do not. I remember every feeling because of my sensory and extra sensory of following the vibrations. I do not like when able-bodied people (especially men) guilt you into thinking you are crazy when you are accurate. I made a project five years ago knowing that I was going to eventually be in a mess but I did not go with my gut, I ignored the vibrations and years later continued to be in the same mess.

I feel and remember everything but when people act like certain conversations never occurred, that is what drives me mad. I am no longer the hot-headed and hot-mouthed angry young woman I used to be. I am now a strong woman who knows how to connect the vibration to action.

People with spinal cord injury: all voices matter but the manipulated game is the scary part. You need to know how to play it. I am on SoundCloud and some of my songs are available to be streamed free. I hope to fully release them once this mess is cleaned up. The four songs that I wrote were produced by a close friend of mine.

He has the respect from me that enough people do not give me. I have other friends who have stepped up to the plate and shown me how important they are and what they can offer. I did not realize the people who treat me respectfully are the ones who are always worth keeping. I do now. This is the reality of being raised paralyzed. I hope I can fix as much as I can. I know I will try my best.