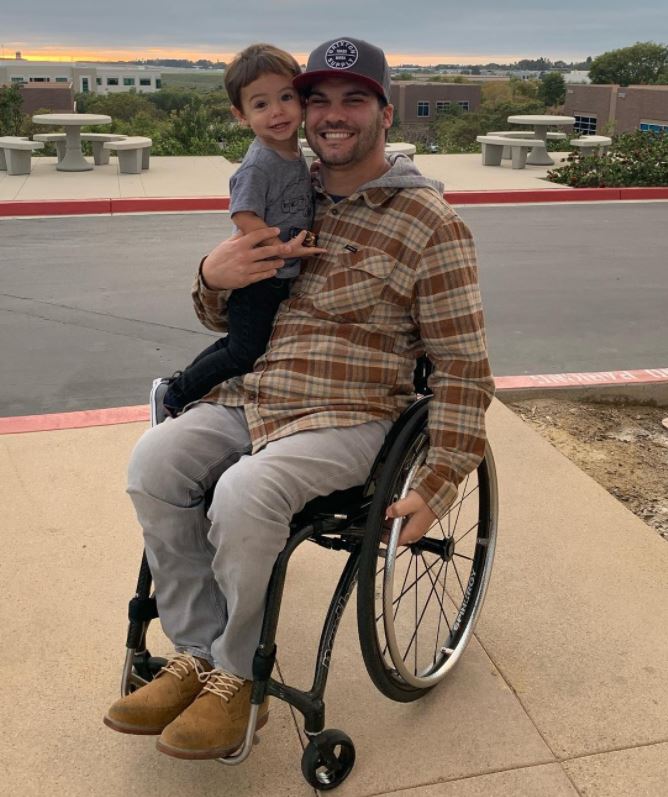 If you know motocross, you probably know Ricky James, and you may have heard of him before his injury. One word has been driving him since he broke his back – perseverance. He even has the word tattooed up his left leg. A rising star in the motocross world injured at the age of 15 who went on to flourish in a myriad of ways, read on for his story.

After beginning to race motocross at 12 years old, Ricky was injured when he hit a dirt embankment while racing at Amateurs Nationals, becoming a complete T6-7 paraplegic. But his injury didn’t stop him. Thanks to a family friend who’s also paralyzed, after 5 weeks Ricky was back at the track with friends, and soon he’d be racing on the same bike.

Ricky was back on his bike and racing within months of his injury. He also raced adaptive motox, a sport created by the X-Games, and he’s raced off-road trucks and dune buggies. “I don’t want to be known as the wheelchair guy that races,” he says.

“I want to be known as the really fast guy who happens to be in a wheelchair.” Ricky was part of X-Games in 2008, winning a silver medal in Adaptive Motocross. He also won the 2007 SCORE International Baja 500 in Ensenada, Mexico.

To ride a bike paralyzed, Ricky used a steering stabilizer for balance and electronic shifting and an electronic starter makes up for the use of his legs. These mods are NOT cheap. Thanks to his sponsors, he created one of most advanced adapted motocross bikes ever made. He also had help from the adaptive motocross experts at Para Pros Racing.

After years of racing, Ricky decided to try something new – triathlons. His first Ironman was in 2008 in Kona, Hawaii, and he has done dozens since. He is now a dedicated adaptive triathoner, racing whenever he can. He won his first championship title at IRONMAN Florida in 2013.

After his injury, Ricky has also been a representative for Life Rolls On for several years, a nonprofit that supports adaptive athletes, specifically WCMX and surfers. And his personal life has been pretty exciting. In 2014, he married his longtime girlfriend Chelsea, and they had their son Brixton in 2018. Ricky has also delved into the world of real estate, and now sells houses throughout Southern California.