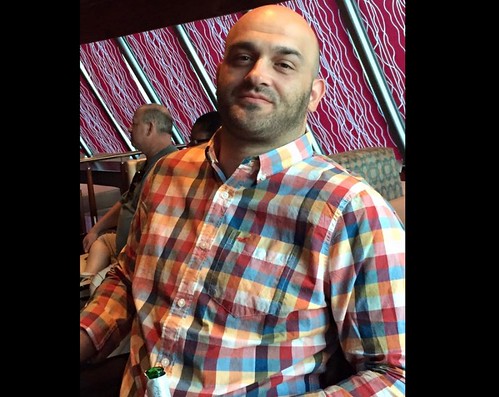 Joe Barrett has lived quite some time as a quadriplegic. His injury occurred nearly 24 years ago, and that has him time to spread his wings and find his true purpose – helping others with disabilities. Throughout the years he’s transformed himself into an individual that gives back to people with disabilities, and he does thing by being a rehabilitation counselor.

A former independent living specialist and advocate on employment policy for people with disabilities in D.C., as well as a loving husband and father to boot, this is the devoted public servant that is Joe Barrett.

When he was only 17 years old, Joe was in a car accident that left him a C5-6 quadriplegic; a permanent diagnose that’s always tough to swallow (especially as a teenager). After high school however, Joe needed several years to heal. A spinal cord injury can take its toll on individuals in many different ways.

His career objectives, like so many of ours, weren’t clear when he was first injured. Since he was just a teenager, Joe needed time to figure out who he was. He finally decided to enter college in 2009 (nearly 16 years post-injury) proving it’s never too late to start your career path.

And he went to the University of Maryland, majoring in psychology. After graduating in 2012, Joe began working full time as Independent Living Specialist for The Image Center in the Baltimore County area; a job he held for nearly two years.

And impressively, while working as an Independent Living Specialist, Joe entered the Master’s program in Vocational Rehabilitation Counseling at the University of Alabama; a satellite program that allowed him to remain in Baltimore to conduct his practicum and internship, as well as keep his full-time job.

And while studying for his bachelor’s, he had another stroke of luck – he reunited with an old friend from high school and before he knew it, the two were talking more deeply than ever before (an old female friend). They fell in love and he proposed within the year. He’s now a husband, as well as an awesome stepfather to a 13 year old boy.

Joe Barrett’s story proves that when he finally get your career path up and running, amazing things can happen. It’s never too late to try something new, even when you’re paralyzed.

Did you decide to go to college years post-injury? How did it turn out?