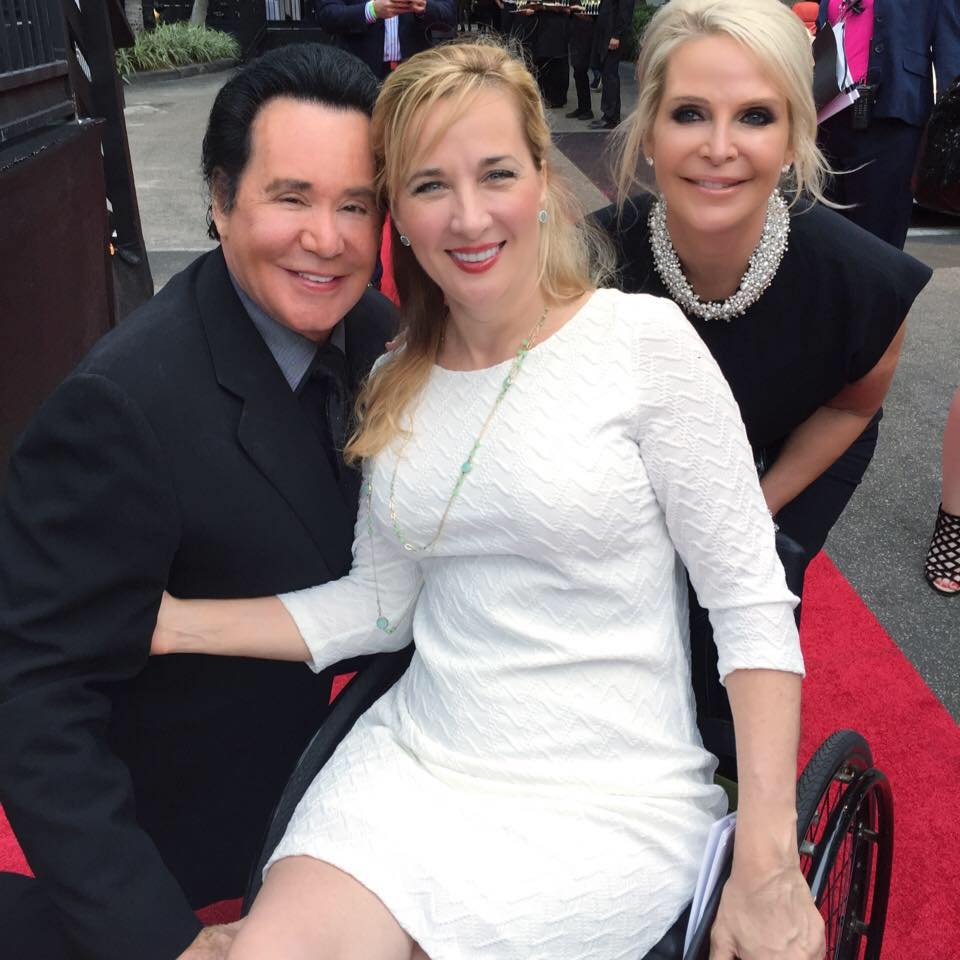 The world is full of fearless women, and many of them use a wheelchair. Deb Davis is one of these women. A longtime paraplegic hailing from Florida, Deb wears many hats – mother, disability advocate, businesswoman, and entrepreneur. She was injured as a teenager, and has gone on to forge a rich life despite her injury, all while making her family and health her top priorities. She is also the mind behind the revolutionary sites Disability Photos and PUSHLiving. Read on to discover how she was able to accomplish so much.

Deb knows the journey post-spinal cord injury well. Now a mother of two adult women in their twenties, Deb was injured when she was 18. Although she lives in Fort Lauderdale, Florida today, that was not always the case. Born and raised in Maryland, Deb was injured after falling asleep behind the wheel while driving home after work, crashing in the snowy cold night in Pennsylvania while driving back home to Maryland. “I had been transferred [to Pennsylvania] due to sexual harassment by my manager,” she says. “He was not fired or addressed; I was just moved to a new location.”

Sadly, Deb says that “this incident was pre-Anita Hill and pre any sexual harassment in the workplace laws,” and after her crash, she was left with a C6-7 incomplete injury. Post-injury, Deb says she went on auto-pilot to cope. “I never got the ‘stages of grief’ and was puzzling to the psychologists on floor. I was ‘in denial,’ I think I was just trying my best to find LIFE in what was now my life.”

After six months of rehabilitation and four months at home with her mother, she was ready to go to college. Deb flew to Florida to begin her freshman year at the University of Miami. Before her injury, she was a professional ballroom dancer and was hoping to compete internationally. After her injury, she didn’t know what area to study in college.

“Dad said business, and I just agreed as it was a general degree. I often think I should have gone into psychology. I am fascinated with how people interact and would love to help people be, cope, and do better emotionally. I guess that is part of what PUSHLiving.com is about, with many articles focused on these topics.”

While in college, Deb was a normal freshman. “I was all about survival and love and all the things 19-year olds focus on.” In college, she met her children’s father and by the age of 23 she felt the urge to have children. At 26, she finally became pregnant. “I was worried, but one day I got really sick…vomiting non-stop; seven days later, I finally went to the doctor and the nurse told me I was pregnant. I was in complete shock and awe…overwhelming joy.” They had two girls.

It took Deb six years to graduate from college, as getting used to a new city and trying to find friends were her main priority. And that worked out for the best, as her business degree helped her get a job right away. She began her career in nonprofit fundraising and went on to become an executive director of a company that provided services and training for people with disabilities via Willing to Work programs. She also worked as a medical product representative for several years.

It all came to a stop, however, when she realized she was working too hard. Her body began to show signs that she needed to slow down. “I was working in the field and driving hand controls, lifting briefcase and medical samples/ brochures, transferring in and out of the car and van, and pushing a wheelchair in and out of facilities. I ended up with body-wide exhaustion and overuse issues with all joints.”

While resting, Deb began to research other professional opportunities that would be better on her body. She realized that most of the agencies she worked for related to travel did not have any Marketing Materials that featured real people with disabilities. “So, the idea came to me – we will provide the images for their websites and materials, and the idea was born.” Deb started the site Disability Photos (now PUSHLivingPhotos.com) and she also began the online lifestyle magazine, PUSHLiving.com.

“PUSHLiving is a magazine by and for people who use wheelchairs,” she explains. “We talk about issues like love, romance, health, travel, business, inspiration, and lifestyle activities that many may enjoy and gain from, but of course, we are the stars of the show. Our big picture goal is to elevate disability and stop others and even ourselves from limiting what is perceived as achievable. Can everyone afford a luxury trip to Miami Beach? No, but don’t assume everyone with a disability is not able to do what their non-disabled peers can do and enjoy.”

Since beginning PUSHLiving.com, Deb has added annual inclusive group travel trips to PUSHLiving that explore locations around the world, including Portugal and Ireland. They have also set up solo excursions to Africa and Morocco. “This year, believe it or not, the Italy tour planned (as well as Ireland) is now completely shut down to tourism, as well as an event for Women on Miami Beach. Both have unfortunately been canceled due to the coronavirus threat and fear.” You can sign up for their newsletter and learn their new tour dates on PUSHLivingtravel.com.

Deb is also working on expanding and rebuilding the PUSHLivingphoto.com site. “We welcome models and photographers to be a part of this site. We are wanting to work with more disability influencers to help them to expand their reach via our network. That is an exciting way to collaborate.” She has also launched a PUSHLiving Podcast that is available on both iTunes and Google Podcasts.

An avid world traveler herself, Deb says the most fascinating place she’s visited is Sweden due to the happiness quotient of the people she witnessed. “The social democracy and peace from any wars have had a dramatic effect that is palpable.” She also loves to swim, handcycle, and connect with friends and family.

As for her confidence, Deb says it’s all about not having underlying issues that cause you to need more emotional support, and creating an internal attitude that rejection is not personal. “Allow yourself to roll this world untouched by those who want to put you down or dim your light.”