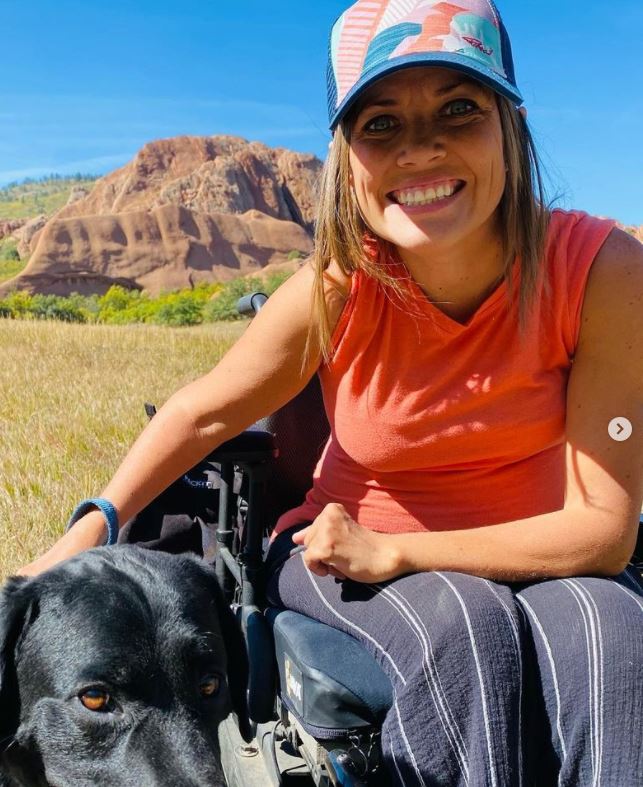 Injured when she was 9 years old, Chanda was accidentally shot by a 14 year old relative and has been living as a C5-6 quadriplegic since that day. Read on for her story.

When she was first injured, Chanda was doing great. She went back to finish elementary school, then high school, and then  she went on to graduate with a degree in Communications. Once she hit her early 20‘s however, everything changed. She suddenly was living in a chronic pain nightmare. Her doctors were stumped. After dropping to a super low 58 pounds, becoming bedridden because the pain was so bad, Chanda knew she had to find a new way to heal herself.

Spurred by her sister who was a yoga teacher, she began to try out alternative therapies – acupuncture, massage and chiropractic. After her first session of acupuncture, she was pain free for the first time in 3 years. After that she was hooked. Within a few years, she had gained back all of her weight and had a new lease on life.

The amazing thing about Chanda is that she didn’t sit on this knowledge. Yes, she discovered that massage therapy was awesome, helping to promote blood flow and prevent skin problems, and acupuncture was great for digestion and easing pain, but she wanted to share with the world what a revelation these therapies were. She founded the Chanda Plan Foundation in 2007, with an official mission of bringing integrative alternative therapies to people with spinal cord injuries.

But over the years Chanda grew frustrated, wishing insurance would cover these therapies too so that people with disabilities didn’t have to rely on organizations like hers to solely to get these therapies. So she spearheaded a pilot program through the state of Colorado, with the help of State Representative Nancy Todd, where the state’s Medicaid program will pay for alternative therapies for a few dozen people with spinal cord injuries in CO for a limited time, to prove alternative therapies can save Medicaid money.

Since Chanda lives in Colorado, she loves the great outdoors and enjoys going adaptive hiking and adaptive mountain climbing with the disability recreation group, No Barriers USA. She is also a huge supporter of service animals, and has had a service dog for many years post-injury.

If you have a spinal cord injury and would like access to alternative therapies, contact the Chanda Plan. Thanks to their tireless work, amazing healing has happened in people across country.