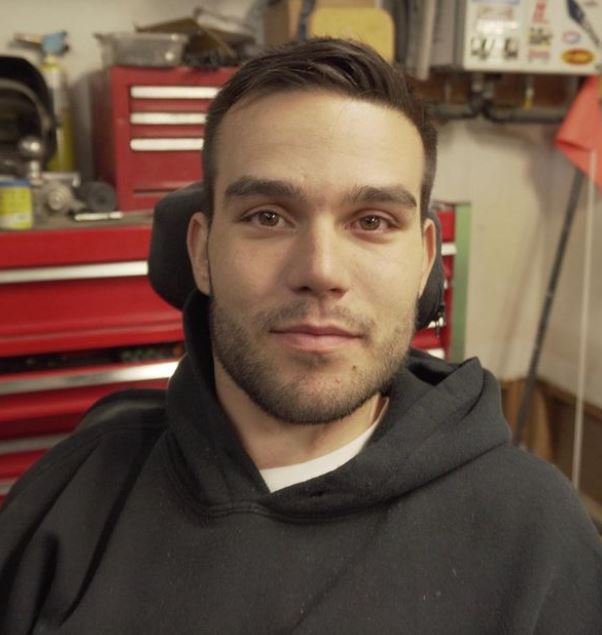 Accidental shootings are unfortunately one of the top causes of spinal cord injuries in the United States, and that number has been steadily growing. Austin Charters, a C5 quadriplegic from Southern California, knows this all too well. Injured in an accidental shooting while hunting at just 12 years old, Charters entire life changed the instant the bullet went through his spinal cord.

Adjusting to a cervical spinal cord injury right before you enter your teens is not easy. After his injury, he has had to rely on the help of family and caregivers each day, but he made it through those difficult first few years with grace. Now 27 years old, Charters is a podcast host, best-selling author, motivational speaker and college graduate. Read on to see how nothing, not even an accidental shooting, can stop this young man from living his life the way he sees fit.

Your identity in high school is everything. For Charters, his image was a young man of someone who enjoyed everything athletic. Before his injury, he was incredibly active in BMX, motorcycling, hunting, snowboarding and paintball. His competitive spirit and being active is what brought him the most happiness, which is why after his injury he had such a difficult time adjusting.

After returning to school, he felt he could not be his true self and after trying for 2 years, he decided to do home school for the rest of high school. Charters, like many initially, struggled with how to be who he truly wanted to be despite being paralyzed. Projecting the image of yourself that you want to project with a spinal cord injury takes a lot more effort, and in high school this can be especially difficult.

After graduation, Charters’ was not initially planning on going to college but after a friend of his passed away (who had encouraged him to go to college), he decided to do so and enrolled in a local community college, focusing on business administration since this was a field he was familiar with. His father owns a construction company and Charters wants to go into the same field as his dad.

After attending community college, he graduated with a business degree, then enrolled in Arizona State University to work towards a business degree. Charters graduated from Arizona State in 2018 and has been focused since his graduation on starting a business in commercial properties. Specifically, he wants to build residential housing, but being in the construction world hasn’t been Chamber’s only focus. He started his own podcast in 2019 titled Life of a Quadriplegic, where he shares the good, the bad and the ugly of SCI life.

Charters also took up writing after college. By the time he was 24, he had written his first book (a fiction book) with a story-line that closely followed his own, and with romance sprinkled in. Titled Rolling Home, his first and only book, it follows a story-line similar to his very own. Injured while hunting, the protagonist returns to school where he struggles, but ultimately finds his way with some romance added in.

Despite being limited in his mobility, Charters hasn’t stopped being active. Since his injury, he has discovered a new love of adaptive sports. He particularly loves skydiving, hand-cycling, water-skiing and doing any off-road sports whenever he can. Throw in some concerts and a trip to the tattoo shop, and you’ve summed up a great night in the eyes of this young, energetic man. Traveling as well as become a love of his.

We can’t wait to see where Charters ends up next. Truly. With a dream of opening his own business and doing motivational speeches whenever he can, Charters shows that we may not be completely in charge of what happens to us, but what we do as a result is what is most important.

– Listen to his podcast, Life of a Quadriplegic, on iTunes/Apple Podcasts