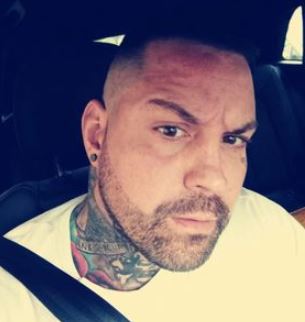 It was the 29th of May 2016 (bank holiday). Me and a group of friends decided to head out on a motorcycle ride, leaving Chepstow with the intention of heading to Abergavenny.

I was ahead of the group when I approached a corner when my rear wheel locked up, causing me to skid and tank slap, which in turn threw me off where I landed on a boulder. First, I was still conscious when my best friend reached me. He later told me I was trying to stand up. I then realized I couldn’t feel my legs and I was only able to breath shallow breaths. If it wasn’t for him and a few others, I’d died there and then.

Upon arriving at The Royal Gwent hospital Newport, I was originally strapped to a bed to be air-lifted to Cardiff, but the doctors decided it was too risky. They told everyone get ready to say goodbye to me as it was unlikely id make the night. So I was out in an induced coma with apparently x4 as much as the usual dose of sedative. The injuries I sustained were a broken back in 4 places, all ribs fractured, sternum, shoulder, knee, a cut to my head where the helmet cracked and both lungs were punctured. I now have titanium rods and screws holding my spine together.

While in the coma, I contracted e-coli, pneumonia, meningitis, my heart stopped twice and I lost 5 stone in bodyweight. Upon waking, I couldn’t talk and I was too weak to hold a pen (all I wanted was a damp towel on my head. I couldn’t tell anyone).

I was referred to as the ‘miracle man’ henceforth. My surgeon had my X-ray on his phone as a screensaver as he’d never seen an injury that severe let alone someone living and my recovery was fast apparently. I had dumb bells in my hospital room, but all my muscle mass had deteriorated. Within 7 days, I was out of ICU and gradually adapting to this awful card I’d been dealt. It must have been awful my loved ones seeing me this way. I couldn’t imagine .

Then those awful words came: There’s a 99% chance I’d never walk again. Me being me, I was like “I’ll beat it.” How wrong I was. My injury has kicked the crap out of me on a daily basis. If it was down to just mind power I’d have of walked out of hospital . The best way I can describe it is you have an internet cable. A complete injury would be as if you’d cut that cable in half. You’d get nothing no matter how hard you pressed connect. Fast-forward to Rookwood Spinal Rehab, where I was scheduled for 12 weeks of rehab.

Again, I got e-coli and a pressure sore, so was on bed rest for a few weeks, but I managed to heal in 5 to 6 weeks. I also completed my goal of 4 pull-ups in my chair, which I was advised against. I’d gone from a weak vulnerable little man to having to retrain my body like a kid again. I hated what I’d become and felt like a burden on everyone. I was (and still sometimes till this day) feel embarrassed by the way I am.

Next chapter: After returning home for 2 months, my marriage of 13 months broke down (that was another deep blow). At that time, I was living on my mum’s sofa without a penny to my name. I didn’t even have a car. I had to use the bathroom at my sister’s, which was down the road from my parents and I had to shower on the patio with a watering can. I just wanted to go to sleep and not wake up, but it wasn’t meant to be. As long as I have important people in my life, I’ll fight on

I’ve lost a lot of people and gained a few as well. I know the real ones, and for that I love them. There’s been a lot of health complications as well since my injury. While on holiday to Egypt, I had a blood clot and was in the hospital for 6 days, as my leg tripled in size. It put over a stone onto my body weight so I couldn’t fit in my chair. I was bed ridden after getting home for around 3 months. January this year my bowel ruptured, causing severe pain and swelling. I was rushed into surgery and was in the ICU for 3 days and the hospital for a total of 3 weeks due to infection. This resulted in a 8 inch scar up my stomach.

Fortunately, I’m now training again. I’m now in the process of opening my own fully accessible gym, ADAPTED FITNESS LTD. There’s been some really low and lonely times, but each an every time I’ve clawed myself back from below rock bottom all for my beautiful babies. Dad will never ever quit on you. I’ve got big plans. I still haven’t found myself totally but I guarantee I’ll leave a legacy.

— Watch Gareth Do Pull-Ups in His Wheelchair