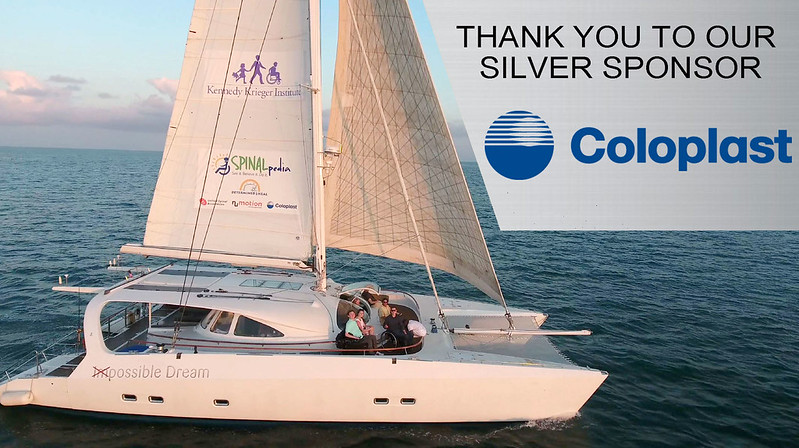 Coloplast was a key sponsor that helped make Dreaming with Adventurous Wheels to Cuba possible. Coloplast is a well-known and trusted urology and continence care company that makes many products you’ve heard of before. In addition to catheters, they also sell several other important intimate healthcare products.

Coloplast started as an ostomy product manufacturer decades ago and was founded by a nurse, Elise Sorensen, who wanted to make her sister’s life easier following an ostomy surgery. Coloplast has since expanded to include urology and continence care, and wound and skin care. In 2006, Coloplast acquired Mentor and with it, the Self-Cath line of catheters.

Today, SpeediCath® catheters are Coloplast’s most innovative catheters available. Thanks to its unique hydrophilic coating, SpeediCath catheters are pre-lubricated and instantly ready to use, saving you time in the bathroom so you can get on with life. are available in a full range of options:

– Compact options: Designed for discretion, available with and without an attached collection bag

– Coude-tip: For those who have difficulty inserting a straight catheter, often as a result of an enlarged prostate or strictures

Remember to always choose the catheter design that you and your physician decide is best for you. Patients performing self-catheterization should always follow the advice of their physician. Here’s what some people are saying about SpeediCath:

“Before, I used to always plan everything; now I just get on and enjoy what I’m doing.”

“It’s so small and handy, no one notices it.”

“I fell in love with it. It was discreet and easy.”

*Coloplast has compensated Neil, Christiane and Niek to share their SpeediCath product experiences. Each person’s situation is unique so your experience may not be the same. Talk to your healthcare provider about whether this product is right for you.

You can learn more about Coloplast by visiting their website at www.coloplast.us

SpeediCath® catheters are indicated for use by patients with chronic urine retention and patients with a post void residual volume (PVR) due to neurogenic and non-neurogenic voiding dysfunction. The catheter is inserted into the urethra to reach the bladder allowing urine to drain. There is a separate SpeediCath Compact Set device intended for either males or females only. SpeediCath catheters are available by prescription only. Patients performing self-catheterization should follow the advice of, and direct questions about use of the product to, their medical professional. Before using the device, carefully read the product labels and information accompanying the device including the instructions for use which contain additional safety information. The SpeediCath catheter is for single-use only; discard it after use. If you experience symptoms of a urinary tract infection, or are unable to pass the catheter into the bladder, contact your healthcare professional. The risk information provided here is not comprehensive. To learn more, talk to your healthcare provider. For further information, call Coloplast Corp at 1-866-226-6362 and/or consult the company website at www.coloplast.us. 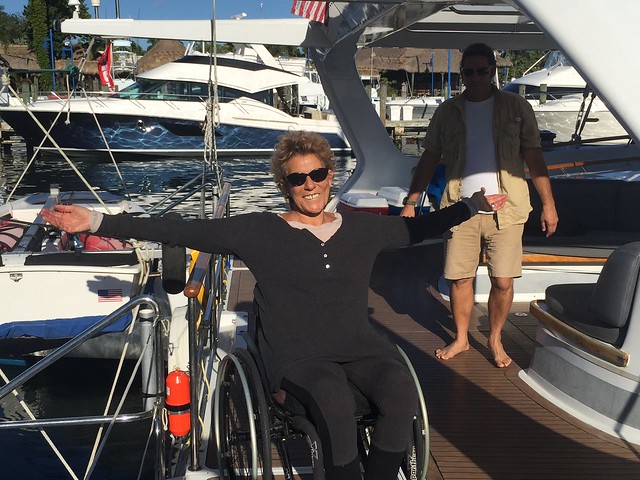 To survive when faced with intense life challenges runs deep in Deborah Mellen’s veins. The daughter of Holocaust survivors, she’s been paralyzed since 1989. Injured in Italy shortly after getting married, life had a different path in store for Deborah, and boy has she embraced it.

She’s now the owner of one of the most accessible catamarans in the world – the Impossible Dream – and her life’s passion has become sharing the joy of sailing with people of all abilities. Uncannily enough, she never sailed before her injury.

But her path to becoming a lover of the seas and eventually procuring her ship, didn’t happen overnight. To discover out how Deb ended up where she is today, read her journey below.

It was a car accident while living in Tuscany, Italy with her husband (a truck driver fell asleep behind the wheel and hit her) that thrust Deb into the world of spinal cord injuries.  Afterwards, she decided to stay in Italy, but when her husband passed away 2 years after her injury, she returned home to the US.

After returning home, she ended up in Miami for additional therapy at the Miami Project to Cure Paralysis, which is how she was first introduced to adapted sailing. Her surgeon Dr. Barth Green told her about Shake a Leg Miami, a local adapted sailing organization.

“I began to sail about 6 years after my injury,” she says. “I had always loved the water but had never had the chance to learn how to sail. I was hooked the 1st time out in a Shake boat. Sailing reacquainted me with the feelings of exhilaration, excitement and pure joy, in the moment.” After getting comfortable on the water, Deb heard about the Impossible Dream.

“I first heard about the Impossible Dream from my friend Andrea Stella (Lo Spirito di Stella) who invited me on his cruising catamaran from Italy. I fell in love with getting ‘salty,’ He was the one who originally showed me photos of Impossible Dream but at that time I didn’t know it was for sale. It seemed to be totally out of reach.”

After hearing it was for sale, she traveled to England, where the catamaran was located, along with Harry Horgan, one of the our past SCI Superstars (read his profile here) who is also the founder of Shake a Leg, and she purchased the catamaran after seeing it in person. The ship had been originally built by a paraplegic from the United Kingdom, Mike Browne.

After bringing the ship to the US, she had the idea of renaming it. “We stayed at the Thunderbolt Marina on the river in Savannah for one week putting her back together before setting sail. It was while we were there that I got the idea of ‘X’ ing out the IM of Impossible. We got some red tape and that was it.”

After acquiring the Impossible Dream, she committed it to Shake a Leg, where the organization gives rides on the ship to people with disabilities. She also decided to spiff up the boat after her purchase in 2014. “We tore apart the cabins, sanded, repainted, got rid of mold, and put new mattresses for the cabins.” “We also replaced the dashboard in the helm with an all new Garmin system.”

Among her favorite features of the ship, she loves to be able to access the bow. “I had never been able to access the bow of a boat before.” “Of course being able to get on and off the boat independently is great, but number one is driving, surfing the waves, from a 100% accessible cockpit.”

Deb has plenty of future plans for the Impossible Dream. “We would love to add a Sip ‘n Puff system for driving the boat as well as an accessible swim platform and accessible dingy.” “We would also love to set up a camera for a virtual reality system for friends on land.”

Deb’s ultimate vision is that there’ll be no necessity for the term “adaptive sailing.” “I would love to see all sailboats universally designed to include all people.”

With the boat currently en route to Cuba, which is an exciting new location for the craft, it can be found at Shake a Leg in Miami until late June until she embarks on her summer tour up and down the East Coast.

Have you discovered a new life passion after your injury?