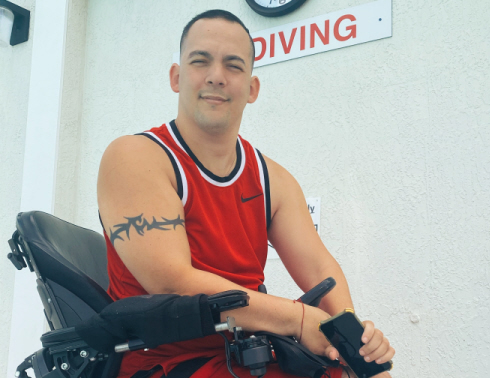 Chances are you’ve seen Arnedo Carbo aka “The Happy Quadriplegic” online if you follow spinal cord injury social media. One of the buffest C4-5-6 incomplete quadriplegics you’ll meet, he and his girlfriend have been blowing up the internet with their videos showcasing life after a spinal cord injury.

But just 3 1/2 years ago, everything was different for Carbo. He was living the life he had always dreamed of, with a job, girlfriend and friends he loved. Suddenly he found himself paralyzed after breaking his neck in a diving accident. His entire world was about to change and he was just 29 years old.

Read on to see how Carbo turned a tragic accident into a meditation, and successful one at that, of how to teach oneself to be happy.

From Cuba to Miami to Quad Life

Carbo may call Miami, Florida home, but that was not always the case. When he was 12 years old, he left Cuba with his family and has been living in Florida since. Seventeen years after arriving, at 29 years old, his entire life changed when he experienced a spinal cord injury after a diving accident; an injury he thought would ruin his life.

When he was initially injured, Carbo found himself in an extremely depressed state. “I basically had it all. I was extremely happy with my life, and when I had my injury, all that disappeared in less than a month!” “I thought my life was over. I was feeling horrible for about 2 months until an older man that was in my same hospital room next to me had the best attitude ever (even though he was in way worse shape than me),” shares Carbo.

“We spoke a lot and he told me that if I’m a true warrior, if I’m a true fighter, I wasn’t going to let an injury get in my way. And from that day on, I’ve seen everything differently and have decided to enjoy my life.” In many ways, that moment was one of the most pivotal moments in Carbo’s life. Not only did it teach him an empowering mindset, the old man helped him meet his current girlfriend, who is in many of Carbo’s Youtube videos.

“The old man at the time had a daughter who came to visit him and she came with a friend names Reyes (my girlfriend now). While the daughter and father were talking, I started talking to the friend. We talked for a good while and before they left, I asked her for her social media info.” “Four months later (while Carbo was still recovering) we started dating.”

Finding his Happy (and Sharing with the World)

Within the first year of his injury, Carbo landed a great girlfriend, but his physical therapy was set to expire after 12 months. Determined to continue doing any kind of physical therapy he could, he signed up for a study called BrainQ, which involved him going through several intense workouts; both operational and physical, for an entire year. These workouts have made Carbo’s arms incredibly strong. “I worked out every other day for 2 hours of workouts with a very good therapist whose goal was to bring me pain.”

“I was having friends and therapists ask me for videos of my workouts so they could show other patients so I decided to upload them to YouTube and other groups so everybody could see and learn from them. I began to get good responses, which spurred me to create/upload more and more videos.”

With now over 100 videos on his video channel he calls “The Happy Quadriplegic,” Carbo has made several videos showing his workouts, including the “BrainQ workout quadriplegic.” He has made other videos other than exercise videos as well, with the mission of each video to show others what life is like with quadriplegia.

Many of his videos show wheelchair travel and other adventures with his girlfriend throughout Florida, including traveling to Key Largo. They show their home together, throwing parties with friends, going to the pool, even going out for the day to a restaurant in town.

Some of Carbo’s most popular videos show his daily routine, which includes things like going to the gym and transferring (watch) Relationship videos are also huge, such as “Quadriplegic Sex Talk” where he shares how he and his girlfriend Reyes have a healthy sex life. “We have a day to play around. Wednesday. We spend the afternoon getting into the mood.” “Sometimes it takes me longer than usual and sometimes I can’t participate, but it’s totally fine either way,” he shares. “The main idea is not to make it uncomfortable but to make it natural.” 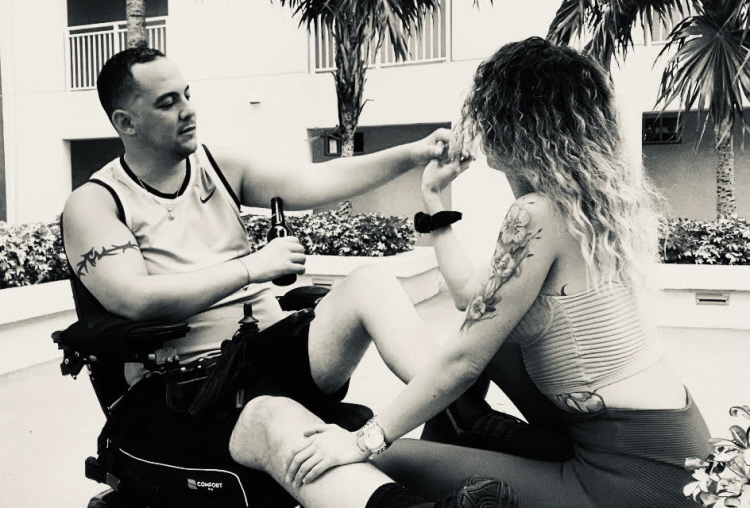 He has also made several transfer videos that have gone viral, including a video that shows him transferring onto a beach chair. See his video channel here

His Advice for Others with Paralysis

And although his videos are showing the world that life can go one after a spinal cord injury, that wasn’t his main intention. “I never thought about wanting to share to help others or to ‘motivate,’” he says. But after all the fun feedback, Carbo wanted to make more videos.

“Some responses I get can be negative. There are many people that can’t get out of the dark place they are in and they are angry; they are angry at life and they lash out at anything and everything. Many times I get good-hearted people who find me motivational and inspiring, but there are those that really hate my guts. I respect everyone’s opinion and I love everybody.”

At the end of the day, Carbo just wants to live his life as positively as possible. “Thanks to a few words from an almost dying man and my girlfriend has been an angel to me, I found a way to crawl out of the dark place that many can get out of.” “Happiness is a choice. Happiness can be from owning a house to drinking a glass of water. It all depends on perspective.”

And to everyone reading this, Carbo has a message to share: “To whomever has an acquired disability: Don’t lower yourself to nobody. You are a human being. You were before and you are now. Be patient. Search for the perfect person. Now more than ever we can’t afford to make a mistake.” “Your happiness is important. Happiness brings healing to the body.” 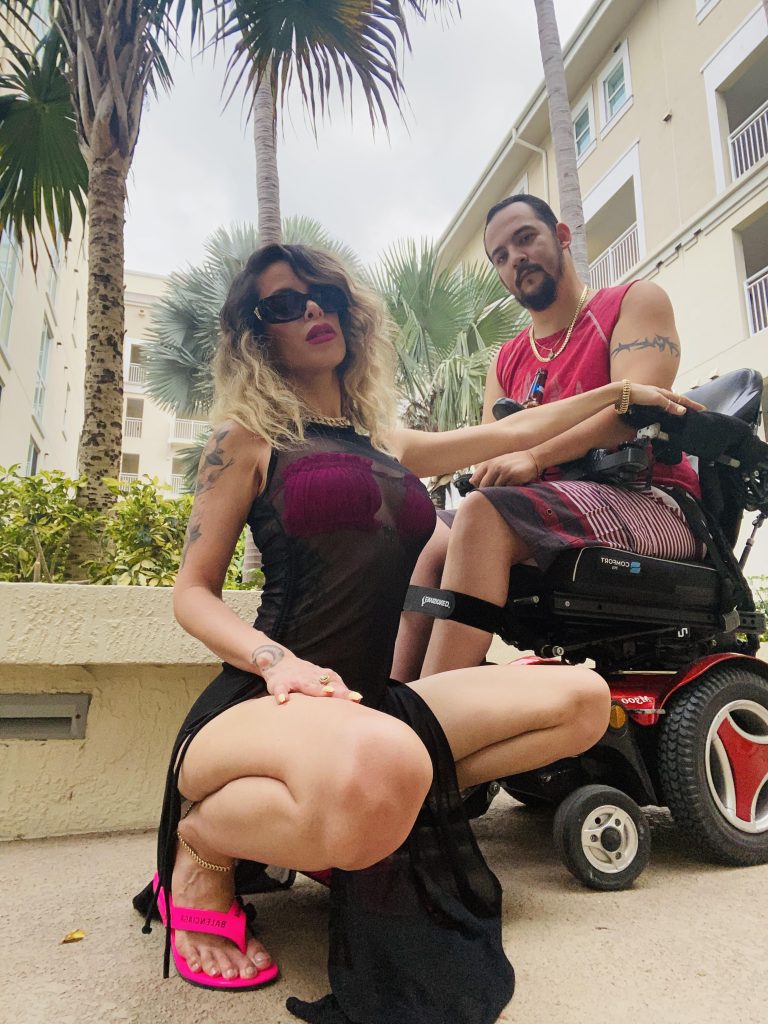