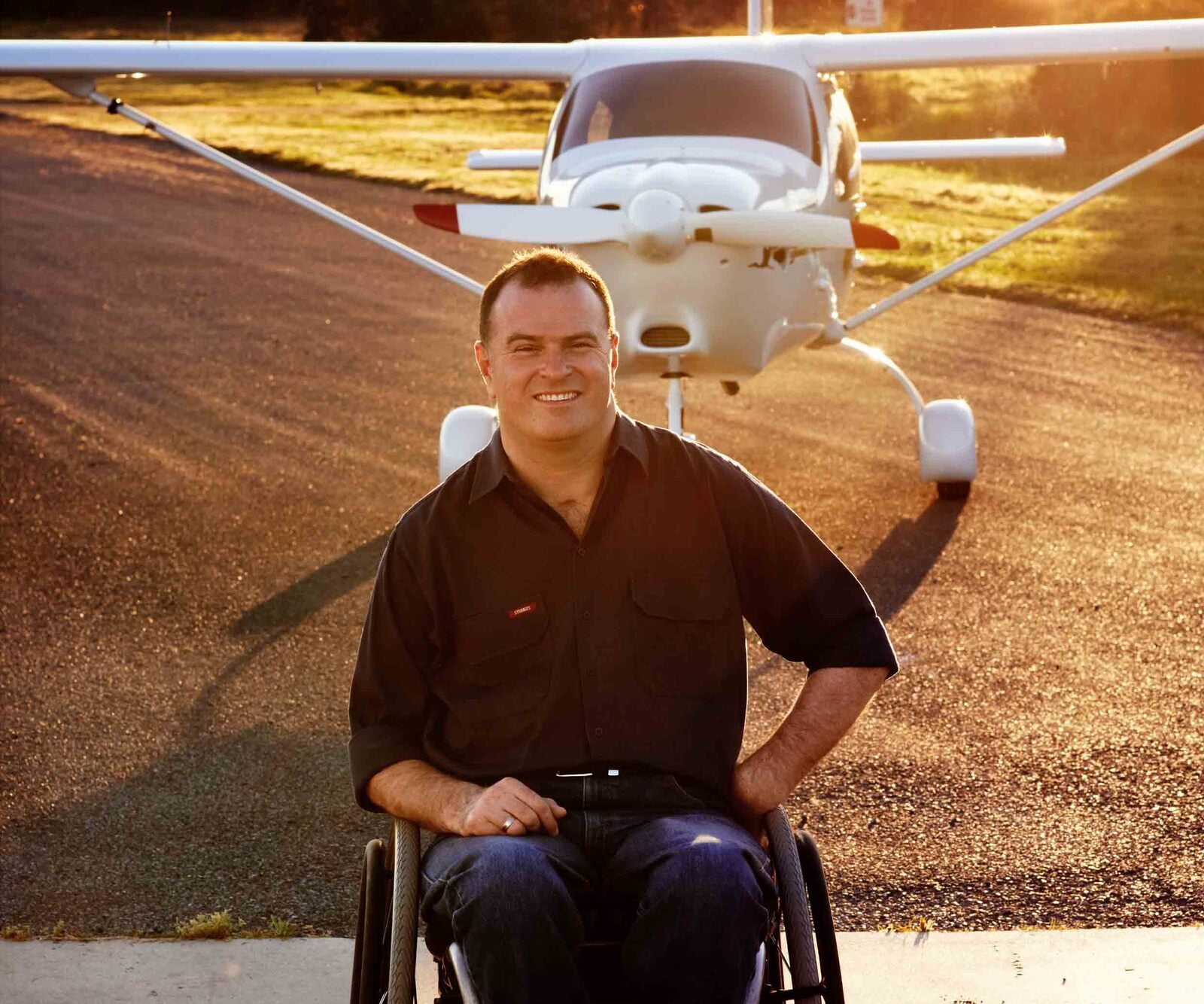 There are plenty of paraplegics who are pilots, but quadriplegics are rare in the aviation world. That is why Dave Jacka is so special. He is the first quadriplegic to fly around the entire continent of Australia solo, but that’s not all. He is also a Paralympian and an author.

Read on to learn more about this adventure loving Aussie who’s refused to let his injury stop him from enjoying the skies.

When Dave broke his neck, he was 19 years old and already a lover of adrenaline-fueled sports. He’s the third cousin of Albert Jacka, the first person in Australia to receive the first Victoria Cross (their version of the Purple Heart) in WWI. Dave however was injured while riding his motorcycle, breaking his C5-6 vertebrae in 1989.

After his injury, Dave was able to figure out how to dress and transfer himself without any assistance. Next, quad rugby entered Dave’s horizon. After discovering the sport, he took to it so well that by 1996, he made the Australia Quad Rugby team for the Atlanta 1996 Summer Paralympics. The team did not medal, but it gave him the confidence he needed to conquer a dream he was fostering since 2006 – to circumnavigate the continent of Australia in a plane.

After learning how to fly a plane using his renowned hand-control setup – he uses a Sip ‘n Puff throttle and regular hand controls to control the rudder and brakes — Dave made history flying a powered hand glider in 2006. That experience gave him the idea to fly around Australia. Finally, in 2013, he flew 16,000 kilometers in 38 days in his single-seater Jabiru J230. During the trip, he was in the air 6 hours a day.

Part of the contingent following Dave was his wife, Linda, his wife whom he married in 2012 in Thailand. The two do not have kids, but they are very active. Three years later in fact, in 2016, she joined him when he became the first quadriplegic to paddle a kayak 2,226 km down the Murray River from Lake Hume to the sea.

And Dave did not stop there. An inspiration to millions in his country and around the globe, he was a natural fit for becoming a public speaker. He gives corporate keynote speeches on overcoming challenges to meet your dreams. He also speaks on inclusion, diversity and disability awareness. And in 2015, he was awarded an Order of Australia Medal for his contribution to people with a disability through sport.

By 2019, Dave was ready for another adventure. That year he handcycled 1000 km from Melbourne to Broken Hill retracing part of Burke & Wills fateful outback journey. He also published his fist book in 2019; an autobiography called, Six Percent, detailing his adventures and life post-injury while only being able to use 6% of his body.