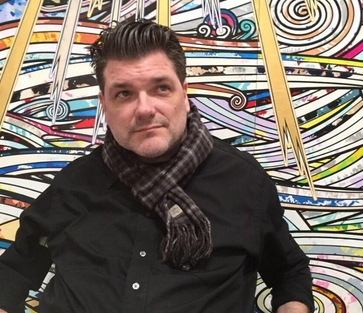 One look at Peter Soby, a 47 year old C5-6 quad, and you can just tell he is someone special. Forget the wheelchair; you feel it the moment you look at him. A writer, producer, director, entrepreneur and motivational speaker rolled into one, he has done it all since graduating from college with his degree in speech communications.

And he hasn’t let his spinal cord injury prevent him from tackling this very image-conscious world. His whirlwind story may include a spinal cord injury but he’s followed his creative drive. For a taste of this life adventurer living in sunny California, read on for the unforgettable story of Peter Soby.

After graduating from high school in his hometown of Carpentersville, Illinois, Peter went on to study at both the University of Illinois and at Harper College, but it was while he was a student at Harper, in 1987, when the unthinkable happened – he broke his neck while diving into a lake on summer break. Determined to come back to school as soon as he was able, he impressed the entire faculty by returning to school and graduating with a degree in speech communications by 1989.

Soon however, Peter realized his destiny was not to be in Illinois for the rest of his life. After a snowy winter and struggling to get around outside, he set his eyes on moving to Los Angeles, no longer appreciating the beauty of Winter. “Trying to push myself in the wind with snow blowing at me will was the turning point,” he says.

And this when the fearless part comes in. After moving to Los Angeles without knowing a soul in town, he hit the ground like a speedy gopher, visiting as many movie studios as possible to see if work was available. He would introduce himself, most likely completely ignoring the fact that he used a wheelchair, and while many movie studios rejected him on the spot, one studio gave him a chance and it was owned by the producer of Dances with Wolves. He started by reading and filing scripts for them, and eventually was promoted to finance director.

While working in the industry Peter learned a lot, but he eventually started his own company called Krazy Killah Media, wanting to push along his own projects without having to wait for studio approval. Along the way he was able to secure rights to Wes Cravens Presents: Carnival of Souls, which to this day is one of his most noteworthy accomplishments. His studio produced it (as a remake) when no one else would give it a chance.

Since Peter decided to tackle the entertainment industry solo, his company has been key. Armed with his own production company, Peter was now able to write, direct and produce whatever his heart desired and he still does. One of his most well-known works is The 30 Second Mobius Time Machine, a short 3 minute film that was in the 2008 Dances With Films Film Festival’s 2 Minute – 2 Step film Challenge. He had just 4 hours to shoot it and edit it and finish it. Watch the film

And movies aren’t the only thing he’s been involved in. He’s also written, directed and produced for other mediums such as TV, radio and sketch comedy. Also, nearly a year ago Peter had a major health scare and was put in an induced coma.

Now healthy again, he’s doing what he loves – going to the Kabbalah Center, producing new works, writing new works, enjoying Cali life and he just got accepted as an artist with the association of Mouth & Foot Painters. We’re just happy Peter is healthy and has his creative juices a flowing again. His spirit definitely can’t be beat.

How have you made your life better since your injury?