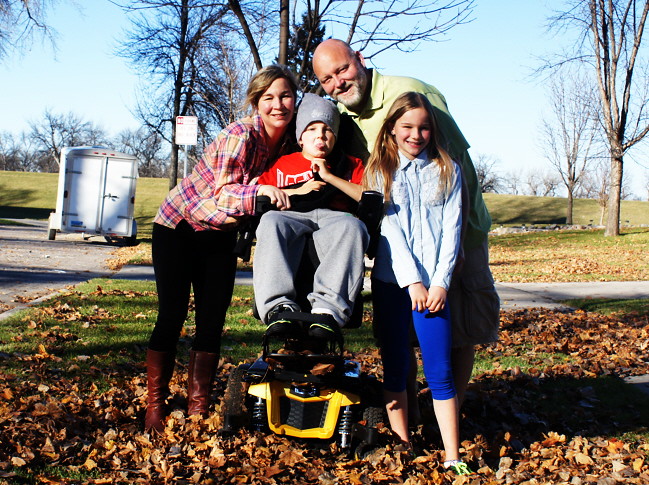 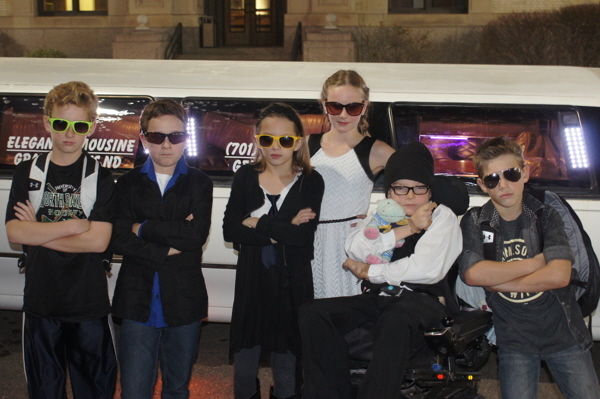 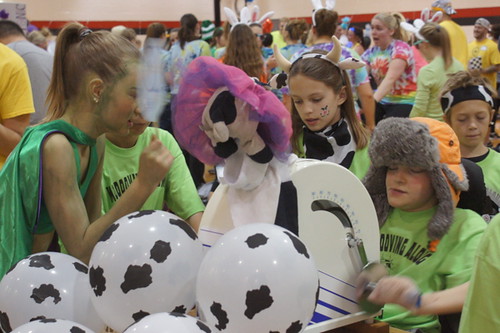 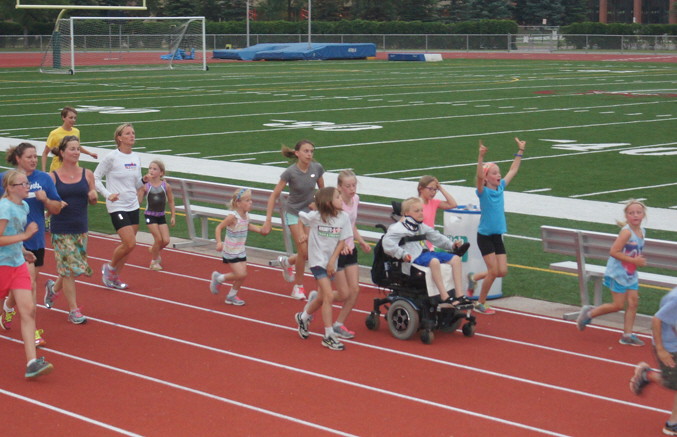 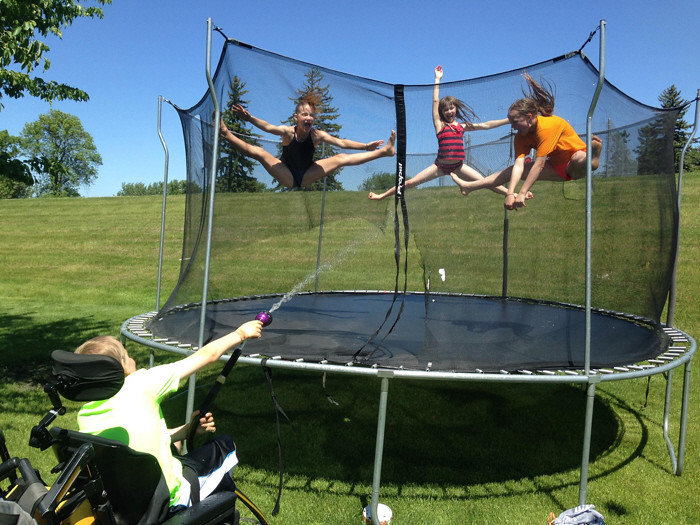 Luke playing with his best friends Aria and Alex, and another friend.