We are bringing back one of our favorite ongoing blog series in 2017 – our top three videos of the month! In our first post for this series this year, we are featuring three videos you know you’ll never forget.

From a sweet 27 your old quadriplegic named after China Wilson from Wilson Phillips to vent-dependent quads going bowling, we know these videos are some of the best new SCI videos to hit the web. Enjoy! 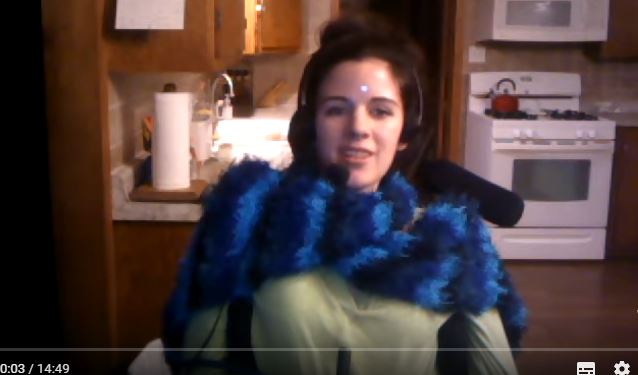 “I just really want people to see what it’s like,” says China Dixon, a 27 year old C4-5 quadriplegic from Nebraska, in her first video blog introducing herself to the world. Even though she was injured 12 years ago in a car accident, she’s new to video blogging and is super excited to motivate others with spinal cord injuries via her videos.

In her video, she shares her injury story, especially since the video was recorded on the evening of her injury anniversary. She also talks about how hard it was going back to school her sophomore year. “There is no manual for that. They looked at me and I looked at them, and neither us knew what to say.” She also talks about her hopes and dreams and how far she’s come in the 12 years since. We hope to see more videos from this strong lady!

Video #2: Sexuality and Disability: Forging Identity in a World that Leaves You Out | Gaelynn Lea | TEDxYale 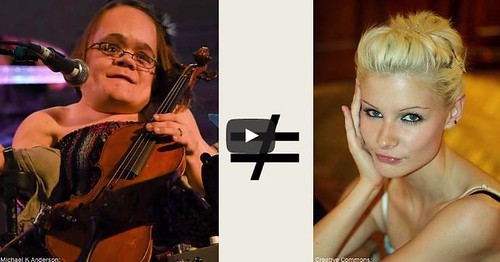 Gaelynn Lea is a powerchair-user from a congenital disability (osteogenesis imperfecta; a brittle bone condition that causes twisted limbs). And she’s also arising star in the music world. She plays the fiddle and performs folk music all over the world. While she doesn’t have a spinal cord injury, her video is incredibly relate-able to people with spinal cord injuries.

She speaks about the unattainable beauty culture that exists in America, and especially how it’s impossible for people with disabilities to compete. “As a little girl I knew I couldn’t achieve this model. No makeup or clothes could make me look like the tall thin blond I was supposed to look like.” Gaelynn Lea eventually found her confidence, and then a husband. Many people with spinal cord injuries find themselves on the same journey, hopefully with a happy ending. 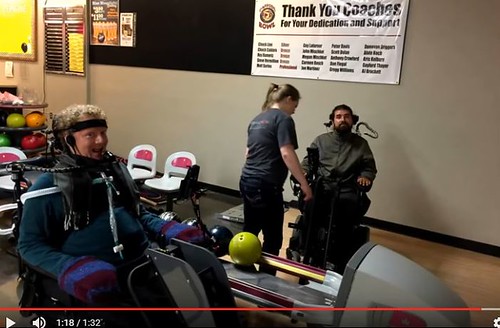 Bowling is one of the most popular sports people with high levels of quadriplegia like to play, and don’t think for a second think its boring just because two guys who can’t move their arms are playing. In this video made by Jesse Collens, a C1 vent-dependent quadriplegic from Seattle, he demos IKAN, bowling equipment that allows him and his friend to push their balls down a nifty portable ramp (using mouse sticks).

Unbelievably, Jesse gets a spare on his first down the ‘ol ramp. An awesome vlogger sharing real life with on a ventilator, Jesse shows that with practice, bowling this way can be quite fun, and fin for those watching too.

Do you have a video you’d like us to highlight next month? Please send your best video to info@spinalpedia and we will feature you in future blog posts this 2017. Thank you for watching!