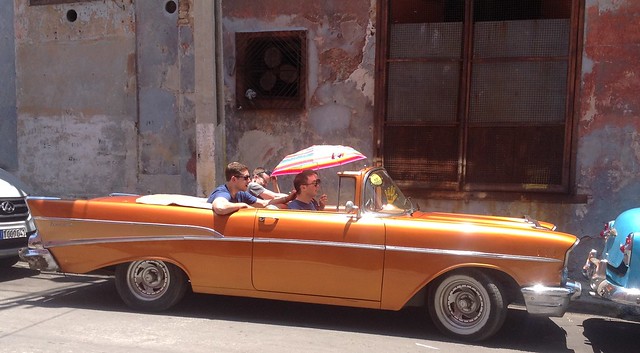 Summer is heating up across the United States and our founder’s (Josh Basile) trip to Cuba last month, where it was 90 and sunny every day, has given us some great perspective on the important topic of staying cool after a spinal cord injury. If your injury is at the T4 level or above, and is complete your body is likely unable to sweat below your level of injury. Sometimes quadriplegics cannot even sweat above their level of injury even though they can sweat during an autonomic dysreflexia episode. This can lead to overheating and in extreme situations to a deadly heat stroke.

When you can’t sweat properly and you’re in a hot and humid environment – you will begin to overheat. This is because the signals from the skin detecting heat can no longer be sent to the brain, which if it could it would tell the skin to start sweating to help cool down the body. This term is called Poikilothermia and it’s like being cold-blooded.

Staying cool and preventing your core body temp moving past 98.6 is the name of the game. Ice packs draped around the neck, cooling towels, hand-held/wheelchair mounted fans, and water misters are all great tools to stay cool. AC and home fans of course are essential tools in this fight but if you must leave your home, car or other air-conditioned spots and venture out into the hot sun, you can’t go wrong with any of these cooling methods. 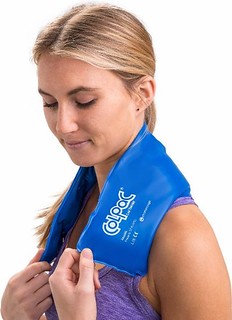 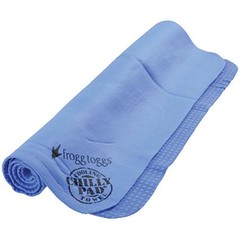 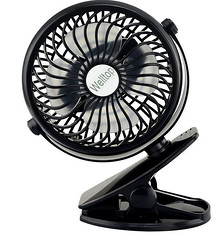 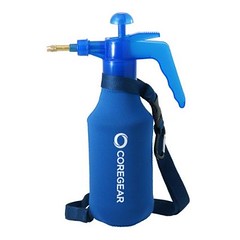 A quadriplegic friendly and very effective handheld mister is what our founder used while in Cuba (and with two other men with spinal cord injuries). Called the Flo-Master, this personal handheld mister is a favorite among quadriplegic rugby athletes for staying cool while on the court, especially if they’re playing outside and are in direct sunlight. It mimics sweat like a champ and you can add lots of ice.

Costing only $7, the Flo-Master was a lifesaver in Florida and Cuba for the guys. “We all started feeling the effects of the heat while in Key West. Before departing from Cuba we made a grocery run, and next to the grocery store was a Home Depot. Robby (quadriplegic) and Bruce swung by and made one of the best purchases ever,” Josh says. “They bought two of these spray bottles that Robby and his quad rugby teammates use all the time.” 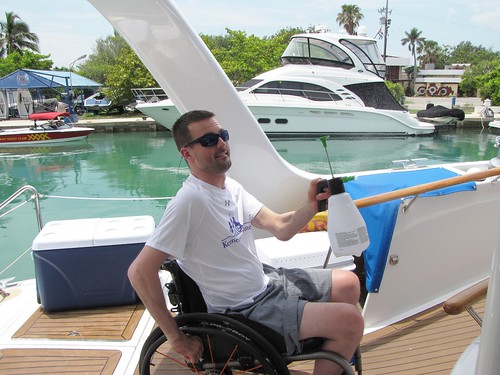 Robby Beckman using the Flo-Master on the Impossible Dream catamaran

And they did the two other essentials as well – staying hydrated and out of direct sunlight with the help of an umbrella. “Staying cool involved the sprayer and drinking lots of water and umbrellas. I broke out the umbrella all the time,” says Josh. “I used the sprayer on the boat and in my cabin where there was no air-conditioning too.” Purchase the Flo-Master or others like it here

Whether you’re going to Cuba or anywhere else where the weather is over 90°, just know that it can be done if you have a spinal cord injury as long as you’re prepared with the right game plan and tools.

– Learn more about how a SCI affects your body’s temperature from Apparalyzed.com

How do you stay cool when you don’t have access to AC? Share your favorite in the comments below 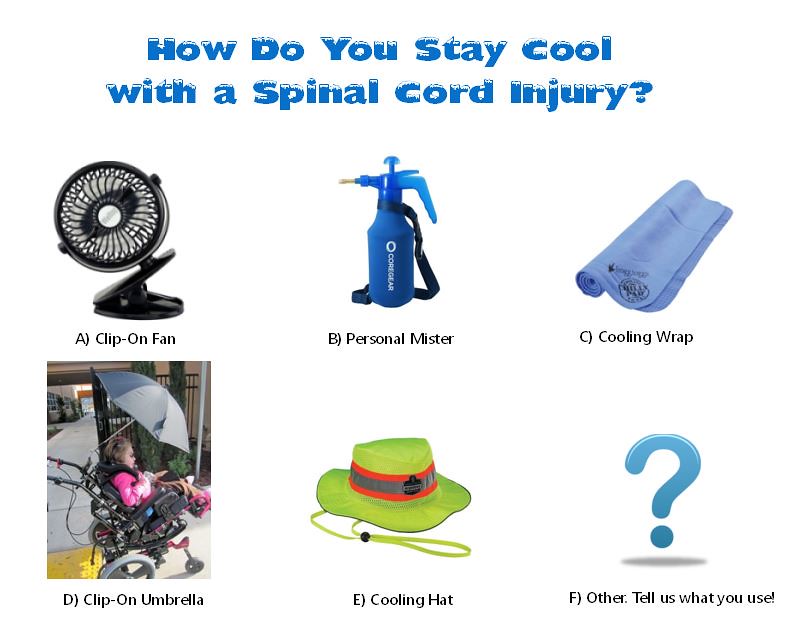 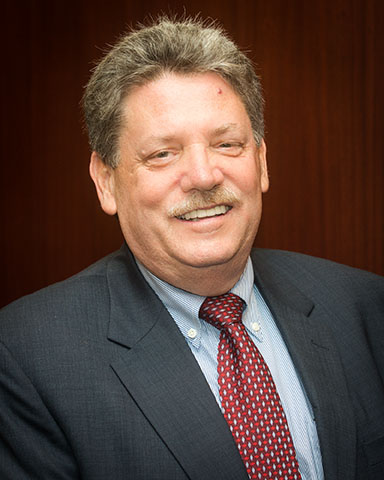 A champion of people with disabilities, James Weisman can be counted as one of the biggest and best champions we have. While he has only been the president of United Spinal Association for a year, he has served our community for much longer. He is a lawyer who began his career suing for better access to public transportation long before the Americans with Disabilities Act was passed. A visionary couldn’t be a more exact word to describe him.

He has done so much in his career it is astounding he is not better known. He is someone everyone with a spinal cord injury should know. Read on for the lawyer we all wish we had on speed dial.

James attended Seton Hall University Law School and has long been an advocate for people with disabilities; a passion of his that began after he graduated from college.  After graduating, he was a staff attorney with Community Action for Legal Services, Inc. from 1977 to 1979 where he instituted the first legal services project in the nation designed to meet the needs of the poor with disabilities.

One of the first legal battles he became known for was a lawsuit he commenced against New York City’s Metropolitan Transportation Authority, demanding that the city provide an accessible bus network, as well as make key subway stations accessible, and guess what — he won.

He also successfully sued so that the city would provide a paratransit van service as well.  Accessibility like this was unheard of in the early 1980s, but by 1985 he successfully settled the suit. He brought forth another lawsuit much like the one in New York City to the city of Philadelphia a few years later, which was also successful.  Both of these settlement agreements played a role in the transportation provisions of the Americans with Disabilities Act.

After proving this was an issue he could successfully conquer, he was a key negotiator with Congress in drafting the transportation provisions of the ADA. A few years later in 1995, he was a founding member of the American Association of People with Disabilities Board of Directors, and in 2003 he was then elected as their board chair.

In 2002, he also sued New York City and settled for $218 million on access violations. The settlement dollars went to the installation of curb ramps throughout the city. In 2004, he won the Universal Accessible Transportation Award given by the U.S. Transportation Secretary for all the great work he’s done. It’s no surprise he’s a recognized expert on disability rights.

Currently living in Oyster Bay, New York, Weisman is known most recently for his battle against the taxicab system in New York City. In 2011, he convinced the Governor of New York to add 2,000 taxis to New York City’s Yellow Cab Fleet that were wheelchair accessible. This agreement was cemented three years later by Mayor Bloomberg when he promised to make half of the fleet accessible by 2020. He has been a fierce advocate constantly on the transportation front fighting for us every step of the way.

What is your town’s wheelchair taxicab system like? What do you think of the whole Uber situation?