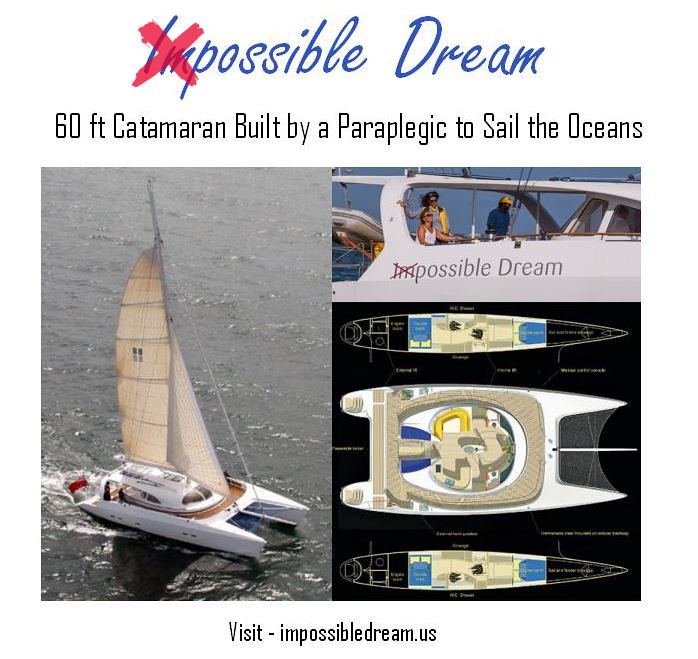 From cruise ships to fishing boats, there has been some outstanding accessible ships built over the last two decades, but in the world of yachts, few have been given the full accessible treatment, which is exactly what makes the Impossible Dream so extraordinary.

Initially created in England by Mike Browne, a paraplegic injured in a skiing accident, he decided to build the Impossible Dream, a 60ft catamaran, so he could sail independently. The ship was also captained by Geoff Holt in 2010 when he became the first quadriplegic to cross the Atlantic Ocean. 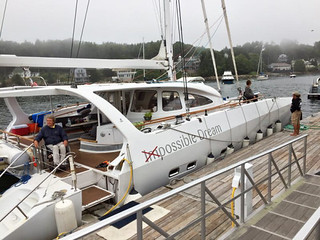 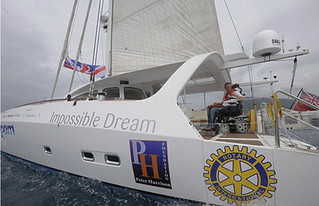 But after owning it for 10 years, he wanted others to experience it so he sold it to Deborah Mellen, a paraplegic living in Miami, who had fallen in love with adapted sailing post-injury after being introduced to the sport by Shake-a-Leg (a Miami-based adapted sailing organization). It was fate the way the boat ended up in her hands.

After discovering sailing, she wanted to help acquire a larger ship for Shake-a-Leg. When she found out the Impossible Dream was for sale, she bought it on the spot after taking a tour.

The Impossible Dream is impressive. It has state-of-the-art controls and a fully accessible cockpit with a knob on the helm for easier steering and push button sail hoists allowing anyone to raise the sails. The ship has a stunning 85 foot mast as well to accommodate the boat’s width of 27’. 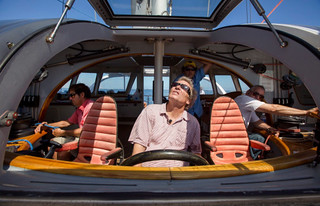 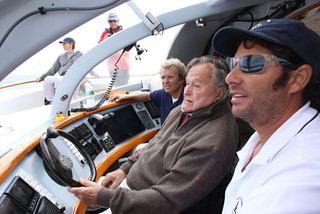 It also has a large remote that controls sheeting and furling from the anywhere on the boat. And if the weather is nice, there are two outside accessible driving stations/helms on each side of the boat. 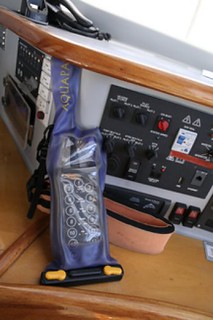 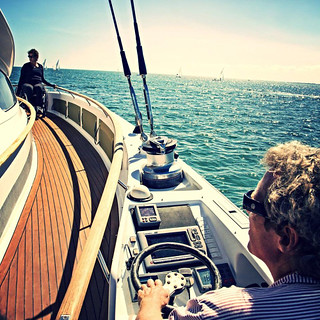 And that is just the steering controls. Another impressive accessible feature is the continuous single level deck that goes around the entirety of the ship and accommodates up to 8 wheelchair-users. It also has 4 titanium wheelchair lifts that go to two accessible hulls. Within these levels you’ll find four cabins. All four cabins are wheelchair accessible and each hull (port and starboard) has a lift accessing the cabins and heads (bathrooms). 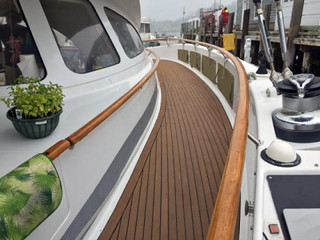 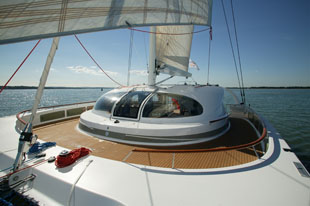 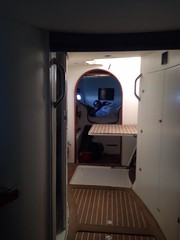 And the galley area too is fully accessible with lower counters, cabinets, and a refrigerator all within easy reach.

After Deborah acquired the Impossible Dream, she was compelled to change the name to the Possible Dream, wanting people to see the possibilities of what can be achieved when it comes to accessibility on the water. Partnering with Shake-a-Leg-Miami, and Harry Horgan its founder, also a paraplegic, the two have been bringing the excitement of yachting to people with disabilities from its new port in Miami since 2013. 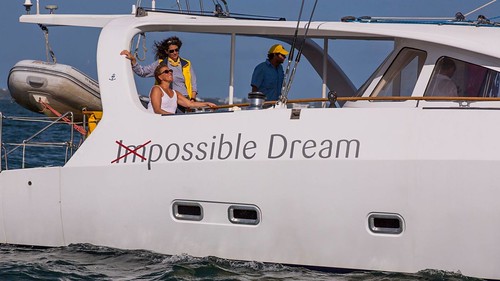 Last July, the crew, along with Deborah and Harry, brought the ship to several ports along the East coast to celebrate the 25th anniversary of the Americans with Disabilities Act and they had the honor of giving President George H.W. Bush and his wife Barbara a ride. Deborah and Harry’s most recent adventure was sailing the ship in the Conch Republic Cup, where they sailed from Key West to Cuba, finishing second and third in different divisions.

There are so many more adventures lying in wait for this amazing catamaran. With our founder Josh and crew scheduled to sail the Impossible Dream back to Cuba this Sunday, we can’t wait to hear more about the true awesomeness of this one-of-a-kind yacht.